One Laptop Per Child 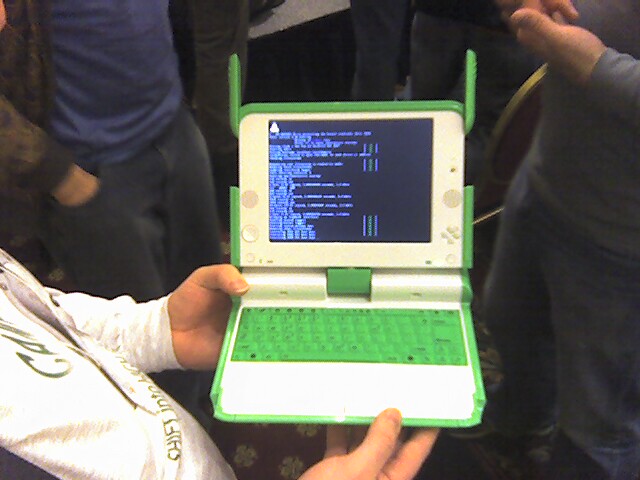 I got to play around with one of the first production OLPC machines today. It is incredible. As you can tell from this shot I took during its first boot, it runs linux. But once it is up it has a really cool gui and a fast hibernate-awaken facility that makes full reboots relatively uncommon.

They have been rewriting as much of the software stack as they can in python. Why? Because they want to make it easy for children to edit the software. Their commitment to open source is incredible. There is an edit source button on the keyboard for cryin' out loud -- hit the button and the presently running application is interrupted and an editor comes up for modifying the program.

They are shipping the first 1 million units this august. They have plans and are working for a second wave of 5 million a couple years later and then 10 million in a third wave. After that they hope to have enough traction to be in a more continuous mode.

I'm posting from my phone so adding more details will have to wait.